We recently published an article entitled ‘from funds to football’ which has generated an unprecedented level of enquiries from high performing lawyers wanting to change practice area. As a result, we thought it would be helpful for Matt Standen (the lawyer in question) to share his experience of changing practice area after many years spent as a funds lawyer in the hope that it may give other exceptional candidates the confidence to make that jump too.

What was your route into law?

Like many a budding lawyer, as a student I saw myself as the next Atticus Finch, and becoming either a human rights or criminal law barrister. As my mother was a court clerk my early work experience leaned towards the criminal justice system; I enjoyed time spent at a local Crown Court (including marshalling a judge) and a regional firm in employment law, as well as a mini-pupillage in criminal law. However, I quickly realised that I would be best suited to life as a solicitor at a large international firm. Having enjoyed a gap year following A-Levels and with a new hunger to travel, the potential for a trainee secondment abroad was particularly attractive and, after numerous applications and a year spent as an employment paralegal at RBS, a training contract at Clifford Chance was forthcoming. I feel fortunate to have spent seven challenging but productive years cutting my teeth on complex cross-border transactions at two great firms and very much enjoyed two international stints in the process: six months in Singapore and three fantastic years in Amsterdam.

When did you first realise you wanted to become a MES lawyer and why did it take you five years to make the jump?

I have known that I wanted to be a MES lawyer for as long as I have known that I wanted to be a solicitor. I applied to numerous firms in the MES space as a prospective trainee, although a successful networking event at Clifford Chance was the catalyst for a training contract offer. This was in the recruitment bottleneck of the global crisis era and, having been on the application treadmill for longer than anticipated, CC was too good an offer to turn down. I instead looked to build my CV generally and to try to gain some loosely MES-related experience in the corporate space in the meantime. At qualification, a great Funds opportunity in Amsterdam presented itself and so within 10 days I had arrived in the Netherlands. I kept my ear to the ground for MES roles, both private practice and in house, but found, not unsurprisingly, that firms/ companies preferred to look to candidates with commercial experience. Approaching 2.5/3 years PQE it seemed like an organic time to return to London. I continued to look at MES opportunities, however returning from a different jurisdiction can present challenges of its own which made a move within Funds more feasible. Only after being approached by @somaya ouazzani of Mimoza Fleur, at 5 years PQE did I find a firm, Bird & Bird, that could see that my training and experience at two great firms, working on complex international transactions, together with abounding enthusiasm for the role, would actually equip me well for their opening.

As mentioned earlier I have had a strong interest in MES since before starting my training contract so the question was less one of wanting to leave Funds and more one of wanting to fulfil this long-held ambition. I’m sport-mad and have previously worked for Newcastle United as well as at Wimbledon and the UK Golf Open, so the attraction to working in sport is obvious. I’m also fascinated by tech, the pace at which it is moving and the real impact it has and will continue to have on our day to day lives in the future. For both of these areas there is also something very appealing about working in an area which is tangible and digestible; if nothing else it should make explaining what I do at dinner parties somewhat easier!

What would you say are the most vital ingredients to successfully making the transition?

In danger of stating the obvious, the reality is that by virtue of coming from a different practice area, a candidate’s sector specific experience will not be as strong as a candidate from within the field. It’s therefore important to demonstrate wider transferrable legal skills/experience, which could include, depending on seniority, the ability to lead deals and manage teams or expereince negotiating key documents and/or delivering training, as well as having had extensive client contact.

Working with a recruitment firm that has strong, tested and fertile relationships within the sector in which you wish to transition is also vital. Somaya Ouazzani helped me navigate through the transition from being a corporate (funds) lawyer to securing the role I did. I cannot reccomend Somaya highly enough, both for those looking to make a move within the same practice area and also, more pertinent to my personal experience, anyone looking to switch practice areas to one in which they hold a particular interest (in my case, Media, Entertainment and Sport). Somaya’s industry knowledge across different sectors, together with insight into firms and their cultures, provided significant value add and was invaluable throughout the process. She was professional, informative, measured during difficult discussions and, without exaggeration, was the difference in me receiving an offer for my dream job in challenging circumstances.

The other key aspect, the importance of which cannot be undersstated, is demonstrating that there is, and has been for some time, a genuine interest in the new area. Being able to talk to your continued interest in the area at length, albeit from a relatively lay perspective, is imperative. If a candidate isn’t able to do so then the hiring firm may, with some justification, question a candidate’s real motives for making the move.

What response did you get from friends, colleagues, peers and family?

Friends, peers and family were well aware of my long interest in MES and were therefore incredibly supportive of my application. This only increased as they became aware of the strong reputation that Bird & Bird has in the market not just in the MES space, but also as a progressive firm that encourages a supportive and collaborative work environment.

The response from peers came after I had received my offer and varied from friendly envy to requests for a referral!

What was your experience from start to finish and do you have any words of wisdom for others wanting to make a similarly bold sector change?

The experience has been an incredibly challenging one from start to finish. It has required years of persistence, speculative applications, conversations, networking and, in the end, an alignment of the stars. I found that the MES world is a popular one at all levels of seniority; in order to be successful it is therefore important to have a real interest in the area and a demonstrable track record of trying to make the move. As bold a move as it is for the applicant, it is also a bold move for the relevant firm making the hire and it will therefore be imperative that any candidate can demonstrate that the decision to make such a change has been properly thought through and is not, for example, just a knee jerk reaction to a particularly bad year in the corporate candidate’ s current role.

What are you most looking forward to?

One of the things that I am really looking forward to is working at a firm that I feel very culturally aligned with. However, without a doubt the thing that I’m most excited about is working in an area that that I find incredibly interesting. It makes a huge difference being in a role where you wake up excited about what the day brings and I’m very hopeful that I have been lucky enough to have found that.

Matt’s recruit for Bird & Bird is just one example of our work demonstrating the skill, success and strategy we bring to every assignment we take on. If you are seriously considering a sector change, and wish to move into one of the specialist areas in which we recruit, please get in touch with us to discuss how we can help. 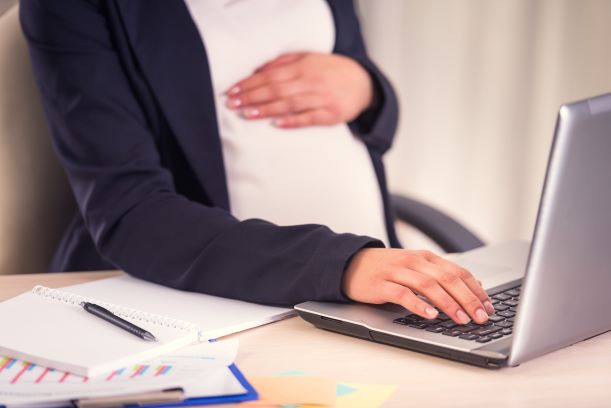 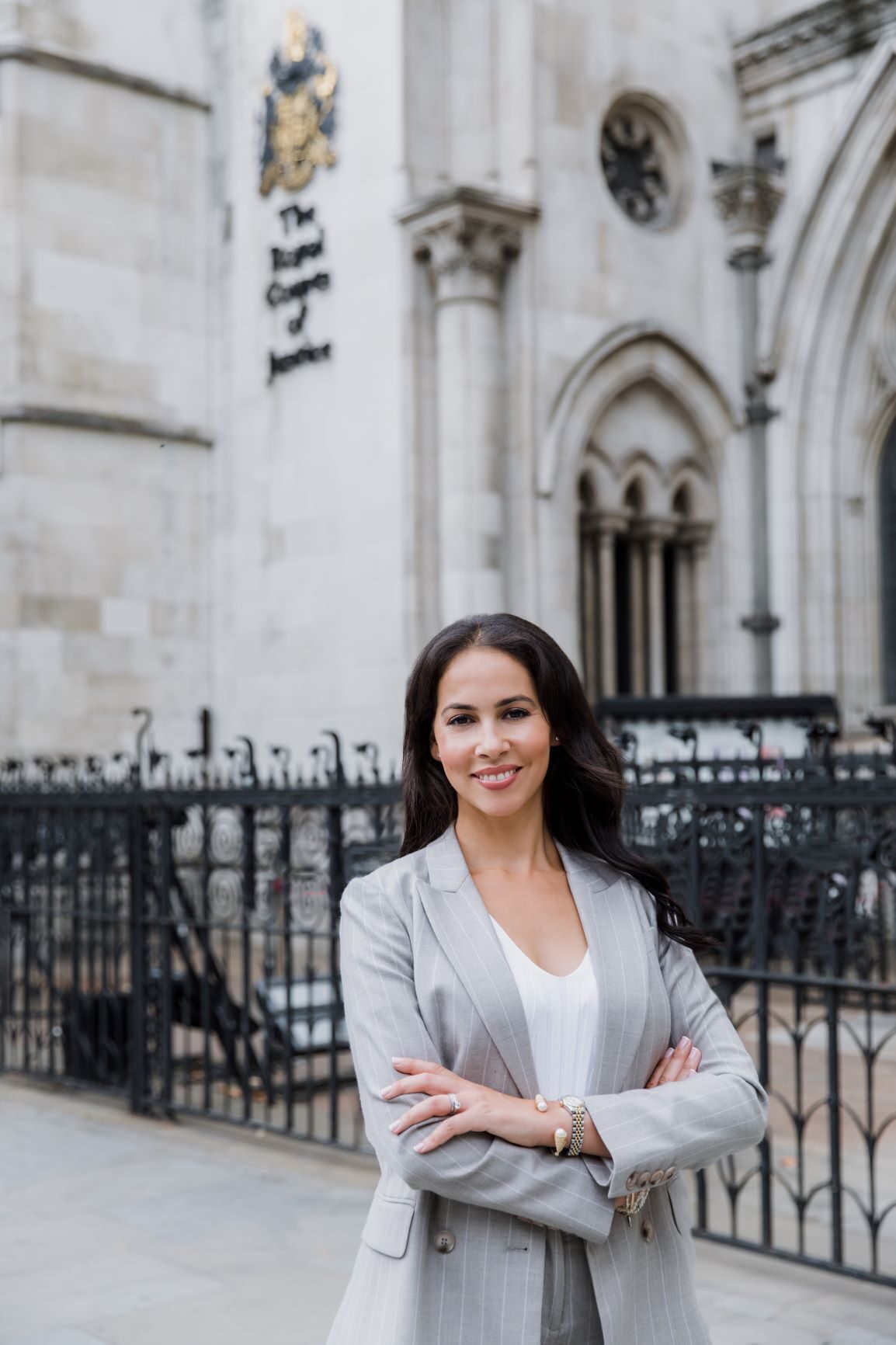